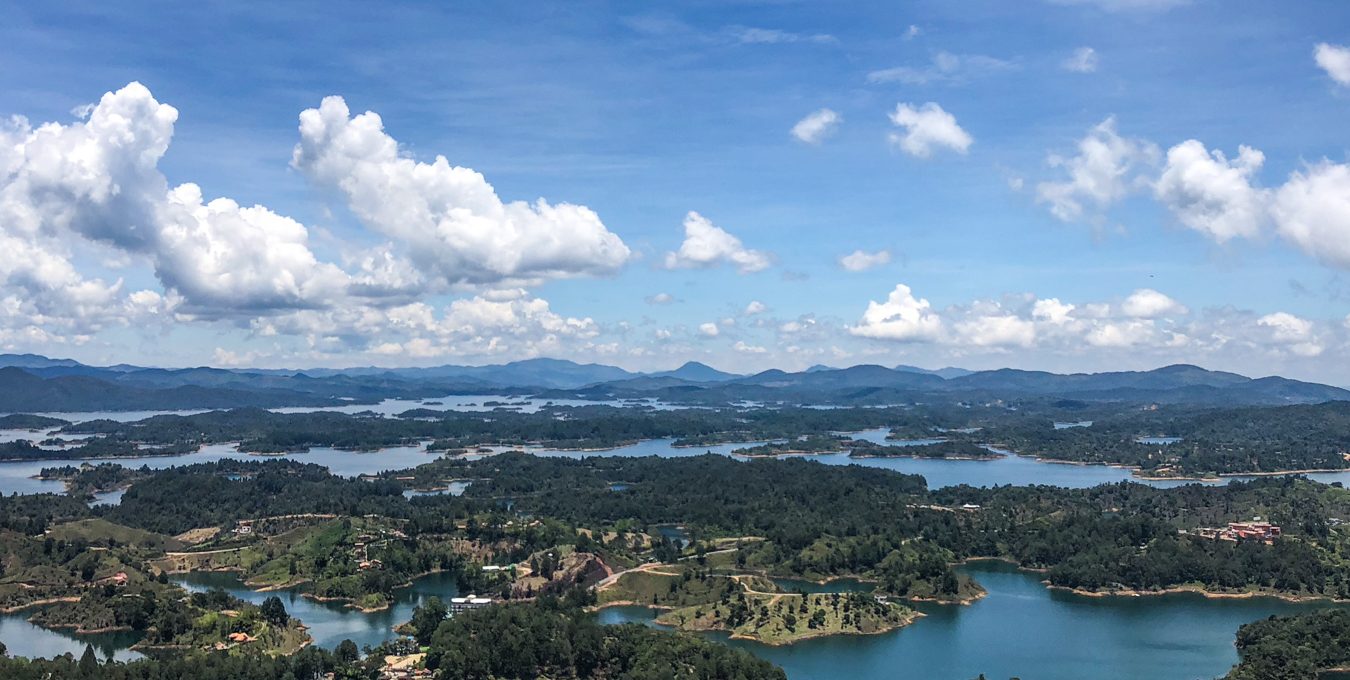 Colombia impressed us from the moment we stepped into the airport. No country we visited before had such a strong impact and fascinated us so much. Leave aside all the stereotypes and misconceptions and visit Colombia now! It is in its bloom, not yet spoiled by over-tourism, but I don’t think it will remain like this for too long! Here are 10 things to know before you visit Colombia:

No one imagines how many times I was told I shouldn’t visit Colombia, and that we are crazy to do this with a kid. But this usually came from people that can barely point Colombia on a map! Forget about all the stereotypes you heard, people tend to be very superficial when it comes to cultures far away from home country. 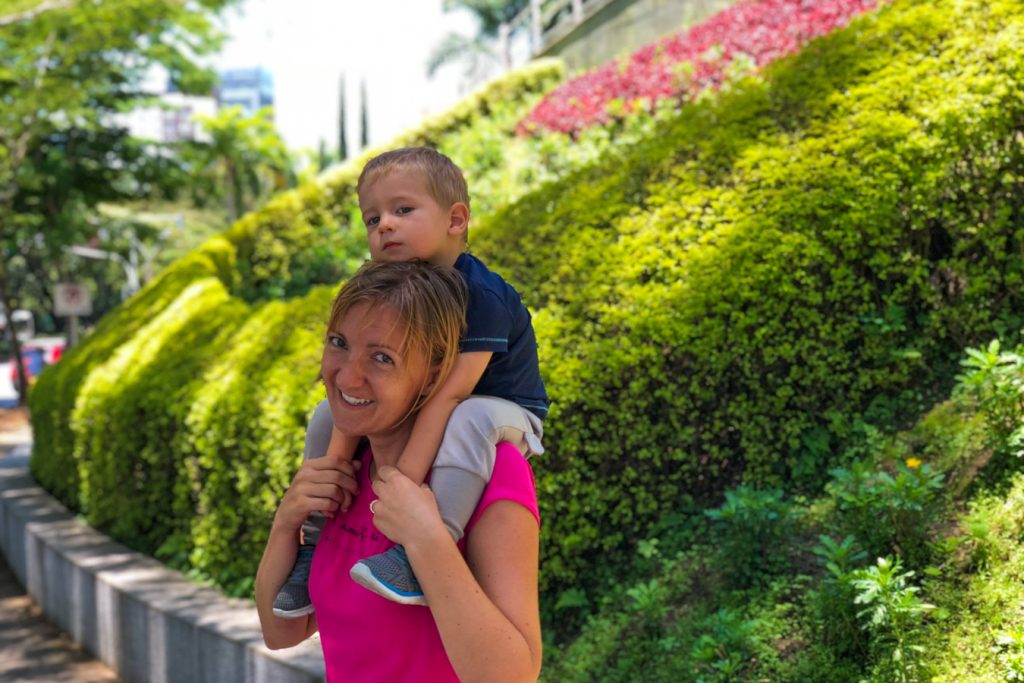 Yes, Colombia was a dangerous place some years ago. But those times have passed. Now, it is a modern country trying to catch up with its more popular neighbours in terms of tourism. Since I’m here, I haven’t felt threatened or intimidated not even once. I actually think people are really nice and helpful here. We stay in good areas, popular among tourists, but we walk around through the cities, use local transportation a lot and did a few hundred kilometres by car as well. 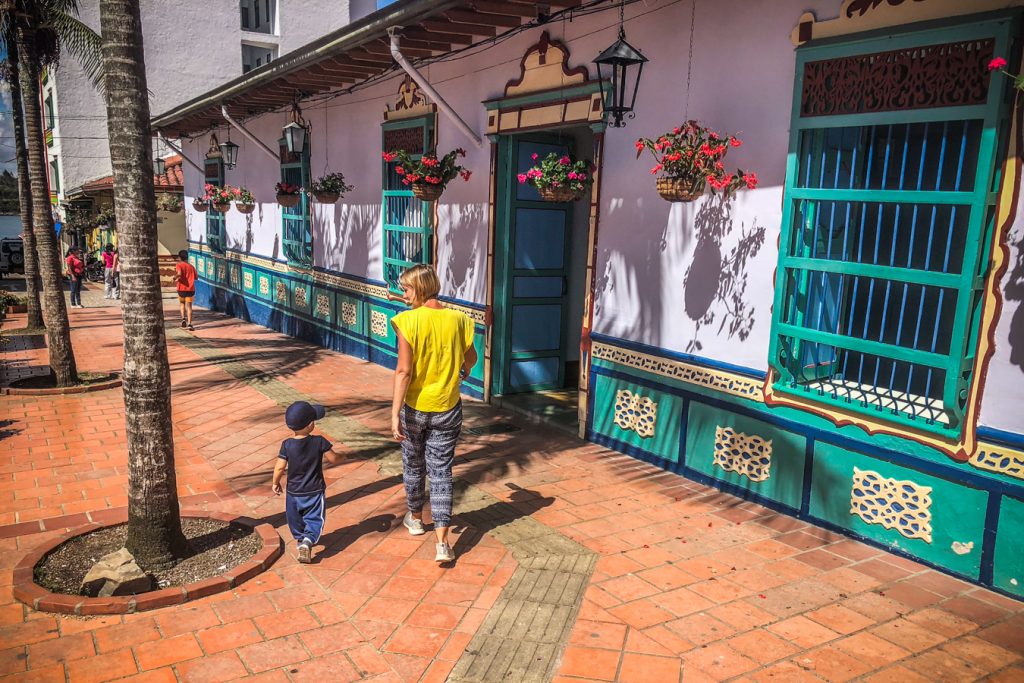 There still are areas in Colombia I wouldn’t go at night, maybe not even during the day. But there are such places in my hometown as well! You just need to comply with some basic principles of a modern tourist and you will have a wonderful time here.

If you don’t speak Spanish, be prepared to learn some while you visit Colombia. Some touristic sights have English translations and large/expensive restaurants and bars might have English menus. There are tourist info points in key locations where the employees speak English quite well. But outside these, English is very poorly spoken here.

Luckily Spanish is not very difficult for us, as we are also latin and traveled through Spain a few times in the last years. Colombians are very nice and helpful people, so we generally manage to make ourselves understood with no issues.

I’m joking that our Spanish is better than the English spoken locally. The truth is that being on a continent where you have just two widely spoken languages it doesn’t make too much sense to learn another one.

3. Everything is completely different across the country

Colombia is one of the 17 “megadiverse” countries in the world. Mountains, rain forests, tropical grasslands, plus Pacific and Caribbean coast, Colombia has it all. This pose a great influence not just on weather, but also on biodiversity, people, culture and things to do in each region. 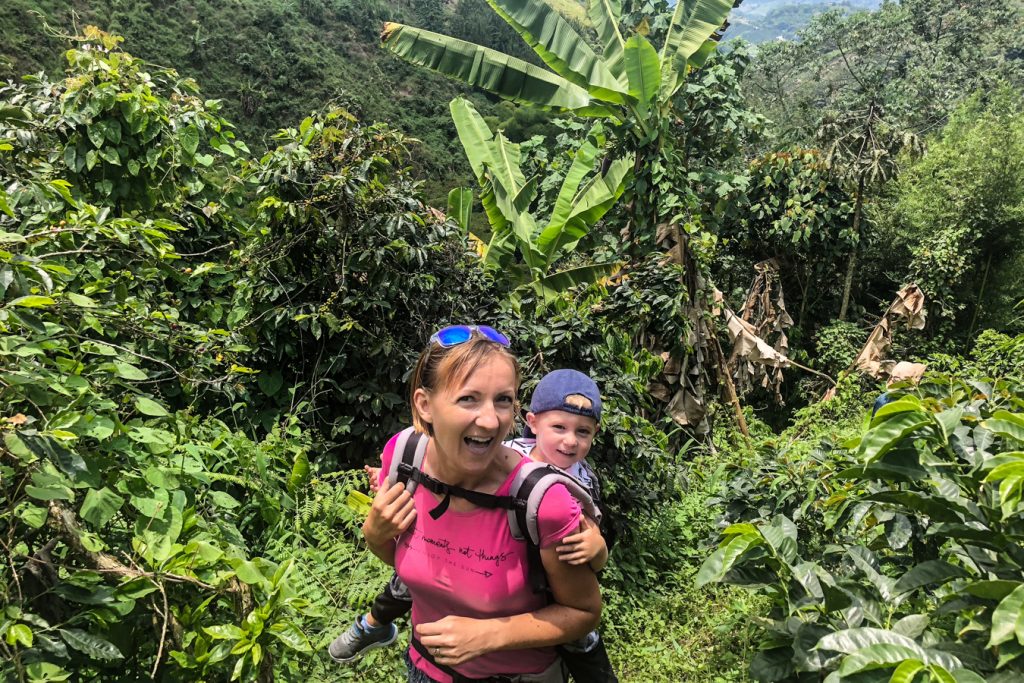 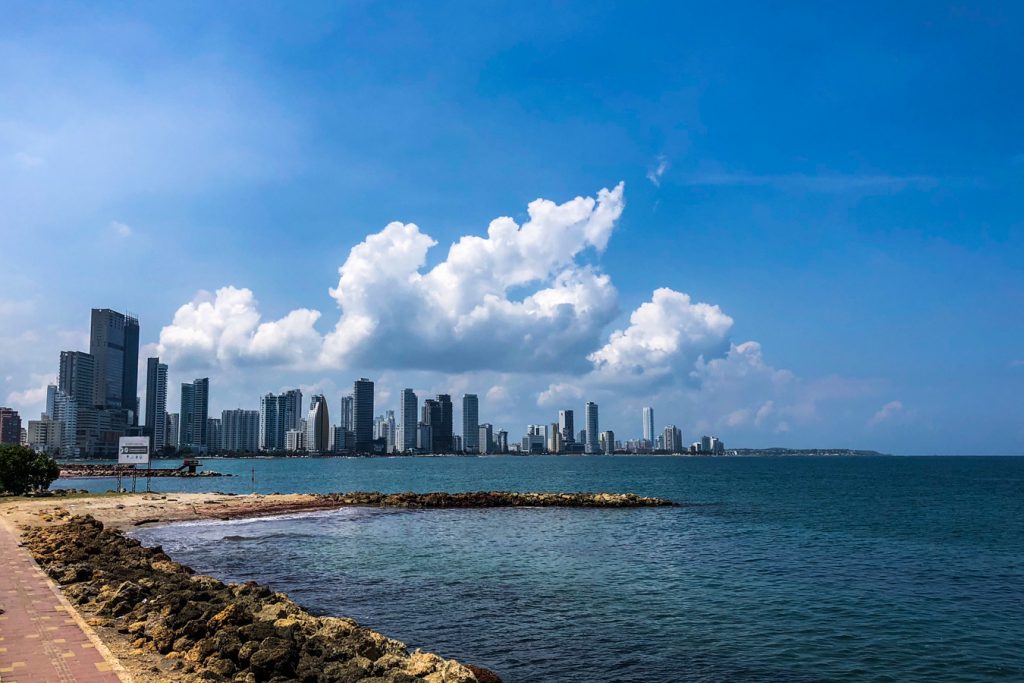 Like in most subequatorial areas, weather is somehow constant throughout the year. Still, it varies a lot between different regions, due to altitude. A longer trip through various regions means you might need an all-seasons luggage. Cartagena is a never-ending summer, a typical Caribbean destination, while Medellin, in the mountains, has warm temperatures and lot of rain, being known as “the city of eternal spring” and Bogota is more autumn-like.

When it comes to Colombia, everybody heard about Pablo Escobar. If you would not know the whole story, you would think of him like some kind of national hero. The truth is that Pablo Escobar is just a central character from a very dark and sad past, that Colombia wants to forget. So yes, we all enjoy Narcos. But no, don’t be ignorant, don’t visit Colombia because of it! Most of the Colombians suffered a lot during those times and they all try to move on. I heard here many sad stories so I can understand their frustration that Pablo Escobar is Colombia’s most famous “product”. Colombia has lots of wonders for its guests and deserves to be known by something else than a former drug lord.

5. Everybody is selling something

In Colombia, everybody wants to sell you something. Sliced fruits, sun hats, “aphrodisiac ants” or local souvenirs, every few minutes, in touristic areas, someone will approach you with his “best offer”, “with special discount”. We said “no, gracias” so many times that even Eric learnt the phrase and started using it. But if we were not buying, the street vendors were still interested where we are from, how old is our kid and so on. 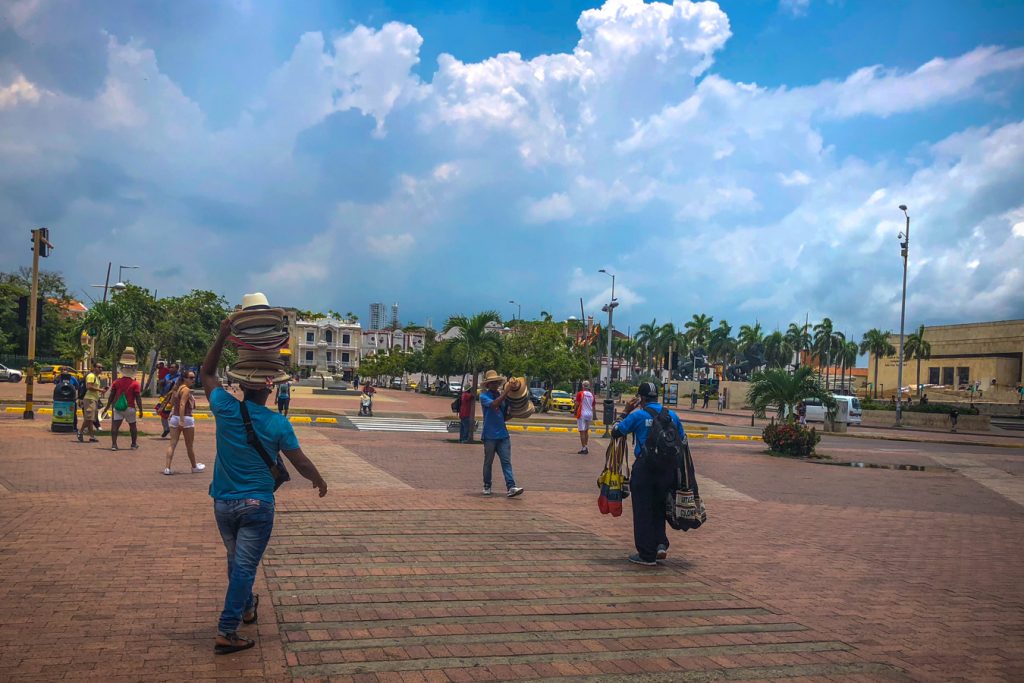 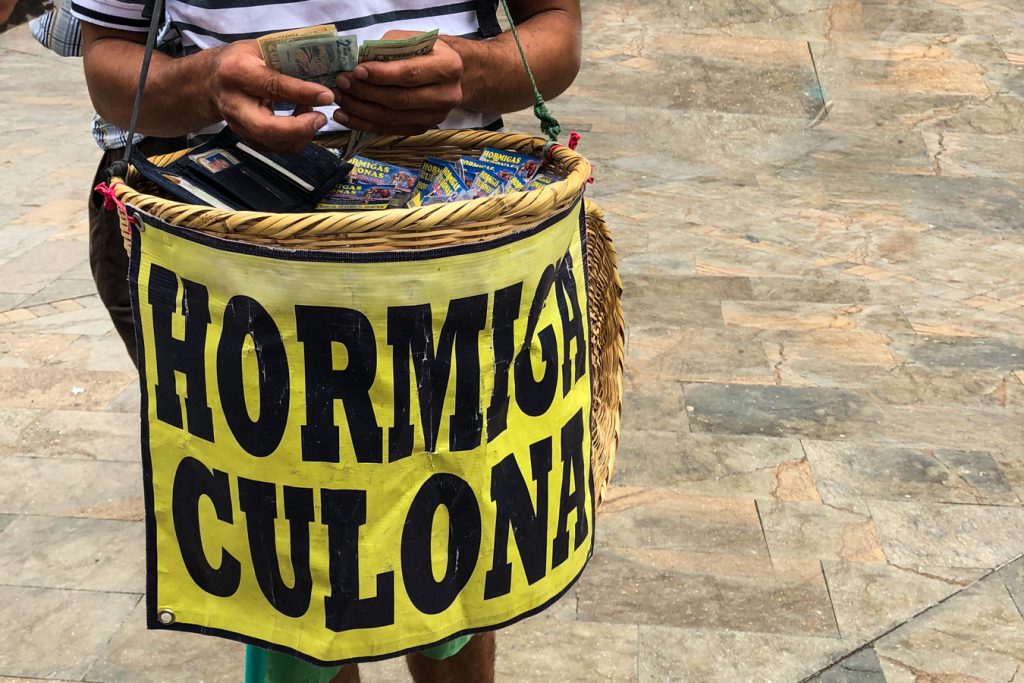 At first I was annoyed by all this harassing, but then I realised I completely misunderstand their intentions. An old guy selling bus tickets in Cartagena naively explained us in a bad english “need to be nice to tourists, if not, no tourists here anymore”. So it hit me! Yes, the street vendors want to make some money, as I can only imagine real life is not easy here. But they also want to be nice and friendly. They want to make us feel like we are the guests of Colombians in their beautiful country.

After a few weeks here, I’m still not used with Colombian Pesos (COP). Everything here is in thousands and millions, you get around 2,770 pesos for one dollar, so all the prices have lots of zeros. It can be confusing, adding that the $ symbol is widely used for COP. There can be coins and bills for the same amount, or even two different bill for the same denomination. I have used 2,000 instead of 20,000 (or vice-versa) a few times, luckily people here are very nice and helpful.

At the exchange offices, the rate is not publicly displayed, so you have to stop by and request it. At first, we asked at a few different shops, to have a comparison and that’s how we also learned the exchange rate changes daily around noon time. There is no commission or fee applied on top, or at least we were lucky enough not to find such a place. We also figured the rate is much better in the city center, than in shopping malls and airports.

You can hardly find ATM machines, as most of them are inside banks or large shops/malls, most probably for safety reasons. But most likely the rate you get at an ATM is better.

Colombia is worldwide famous for its coffee farms. But the truth is the best coffee is usually exported, and just the cheap one are locally consumed. So, in the heart of the coffee belt, you won’t necessarily drink good coffee. 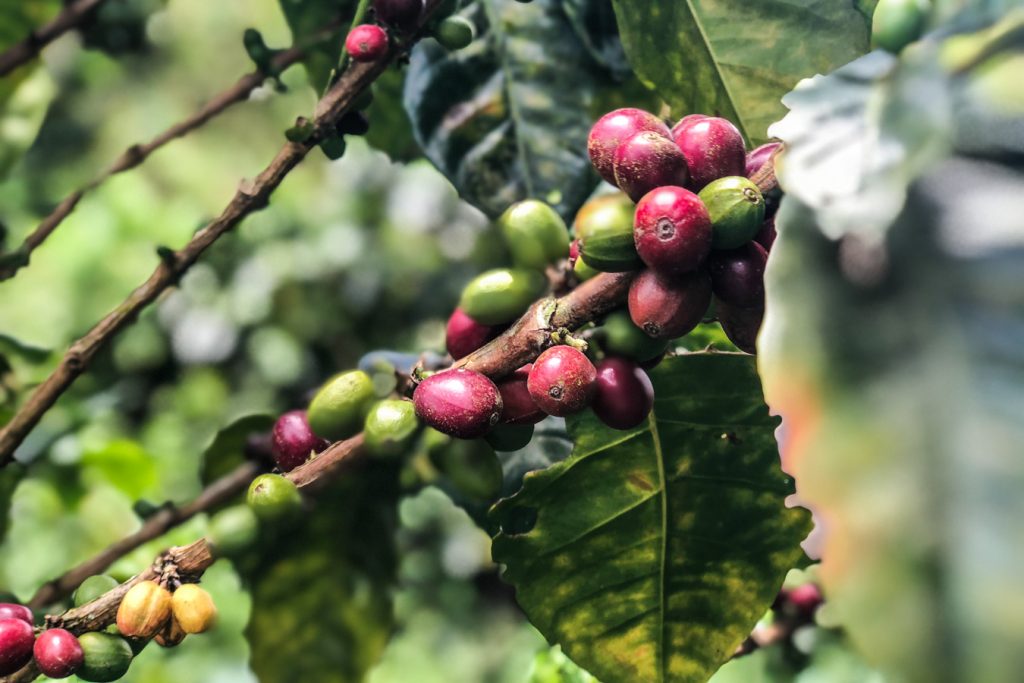 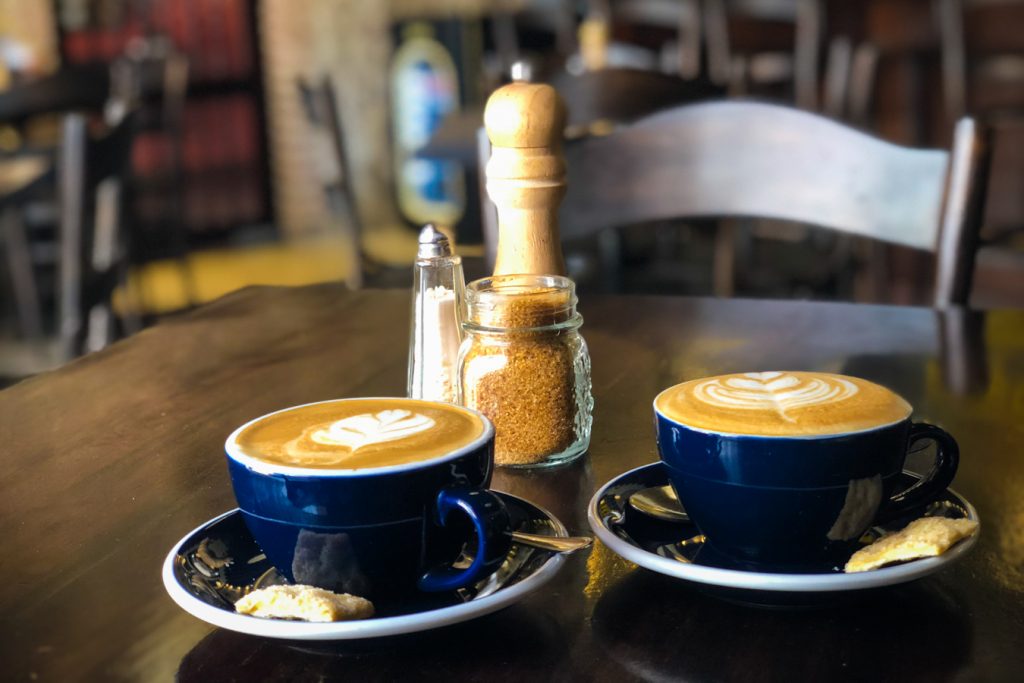 Colombians usually drink “tinto”, a light version of filter coffee. In large cities you can even see street vendors with large containers, pouring hot coffee to their customers. For caffeine addicts like us, this is not working. Each morning we are craving for a good espresso. Luckily, in the last few years, modern cafes appeared in big cities, serving high quality coffee.

I was impressed by the attention and care for kids in Colombia. Maybe too much attention, for a modern European parenting style. Everywhere we go, people are smiling and waving Eric, trying to talk with him or giving him candies or other sweet treats. Luckily he is not used with them (yet), so I easily manage to avoid the sugar frenzy. A toddler has enough energy and moods without it! 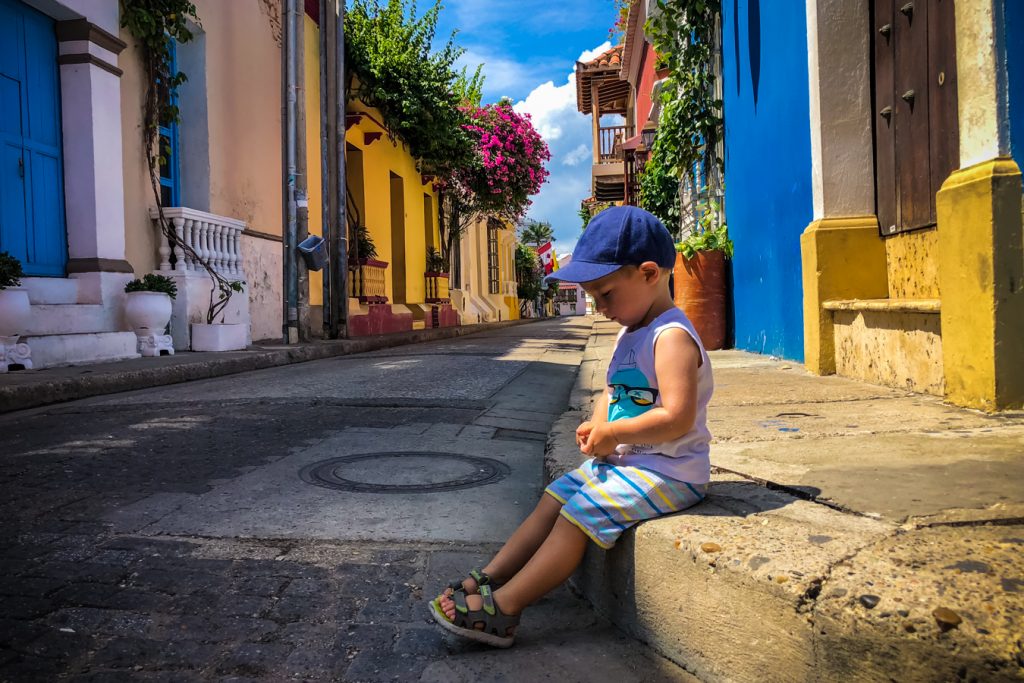 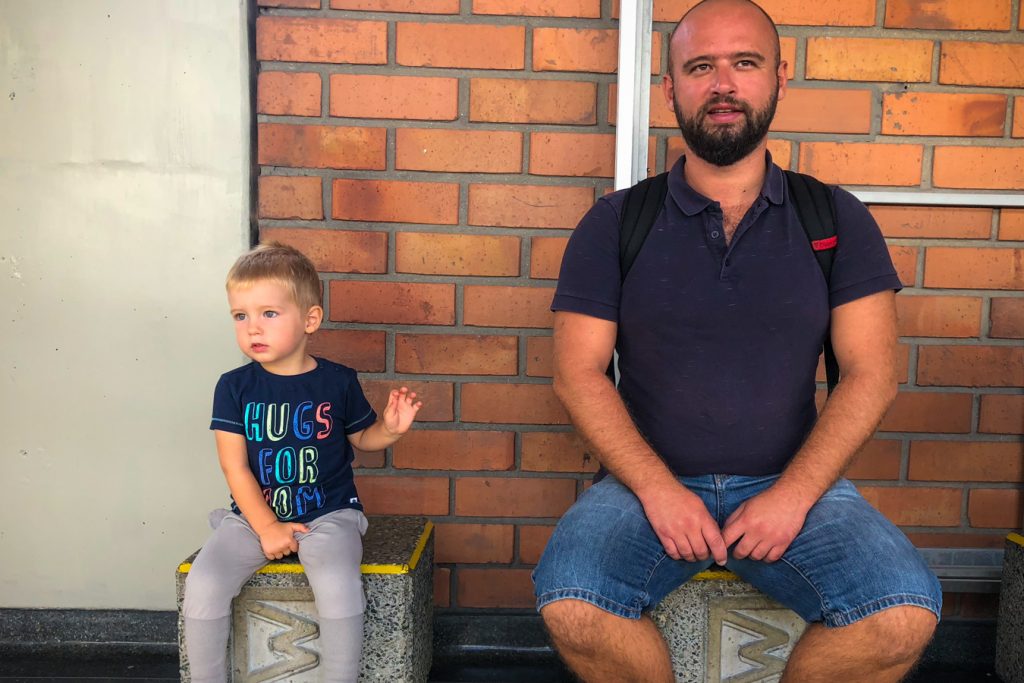 But what really impressed me was how polite Colombians are when it comes to families with kids. We used the metro a lot in Medellin and it is usually quite crowded. But each time I was in the metro I was given a place to sit with Eric in my lap. I haven’t seen not even once that a woman (or man) carrying a kid would not be let to sit down within seconds after getting in the metro. Young girls, teenager boys, people in their 50s, all of them would give their seat to someone with a kid.

This is probably the only thing we didn’t love about Colombia. It is quite difficult to maintain a clean and balanced diet here, especially with a toddler. Most of the local food is deep fried and unhealthy. Moreover, the flavours are very different than what we are used with in Europe. Corn flour is widely used and most of stuff are sweet and/or contain cheese. That being said, food is usually cheaper than in Europe and if you are not on a tight budget you can find nice international restaurants. Or pizza, because that’s our ultimate solution… is there a toddler not loving pizza?!? 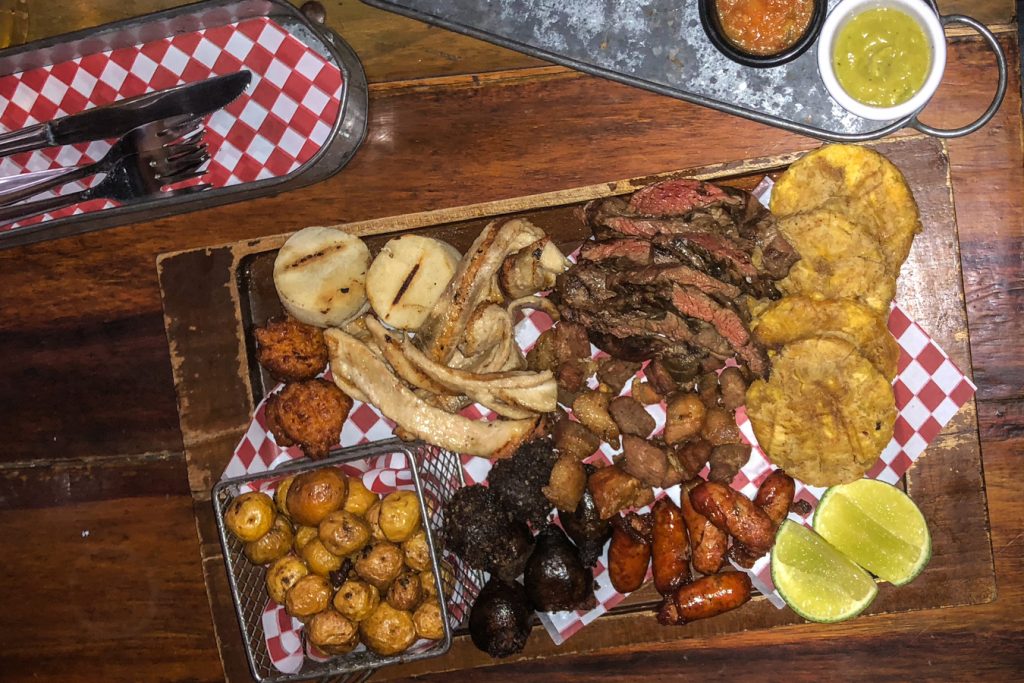 Luckily I managed to compensate the unhealthy meals with fruits. These are widely available in supermarkets, street vendors or local markets and they are absolutely delicious. I have never in my life tasted better mango, pineapple, avocado or papaya! And there are many others, all fresh, local and very cheap. From a fruit lover perspective, Colombia is heaven!

Tipping is not customary in Colombia, but of course it depends on your mood and generosity. In restaurants, there is a 10% voluntary service fee, so no tipping is required on top of that. This contribution is not mandatory, but it is usually paid by most people. But you can refuse it if you want, even though it might be added on your bill without notice. In Cartagena we always had 10% added as “propina voluntaria”, but in Medellin and other places we were always asked very politely if we want to pay for service.

What other tips would you have if you visit Colombia already? If you didn’t, I hope I convinced you to add it on your bucket list. 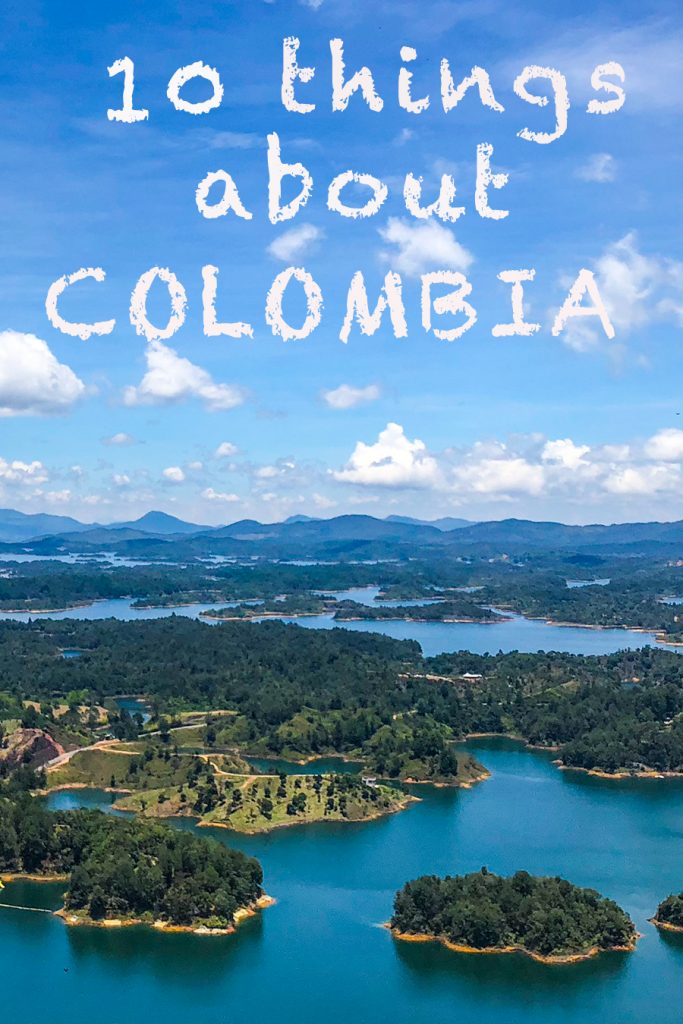 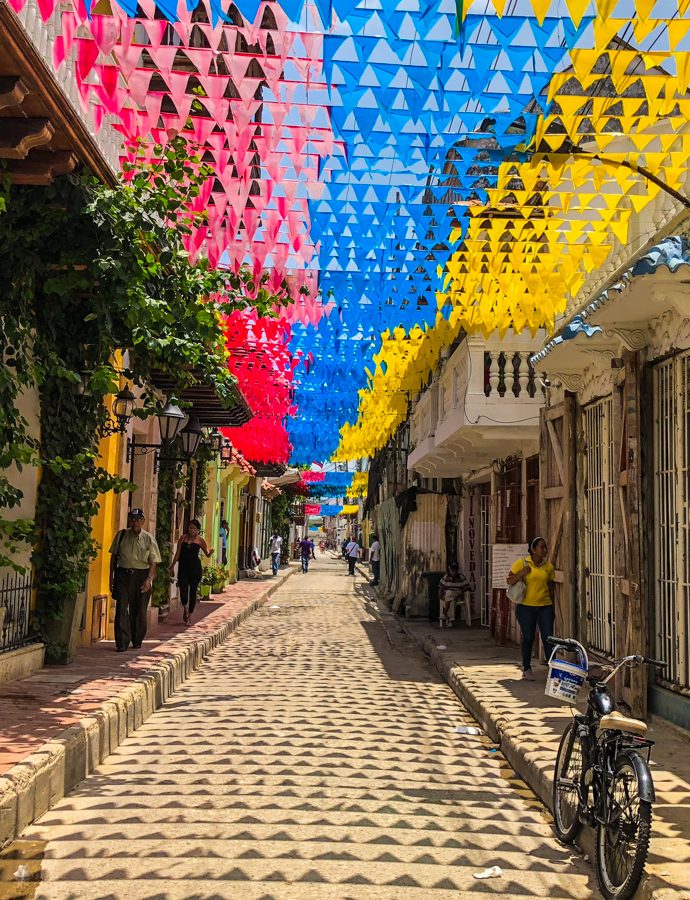 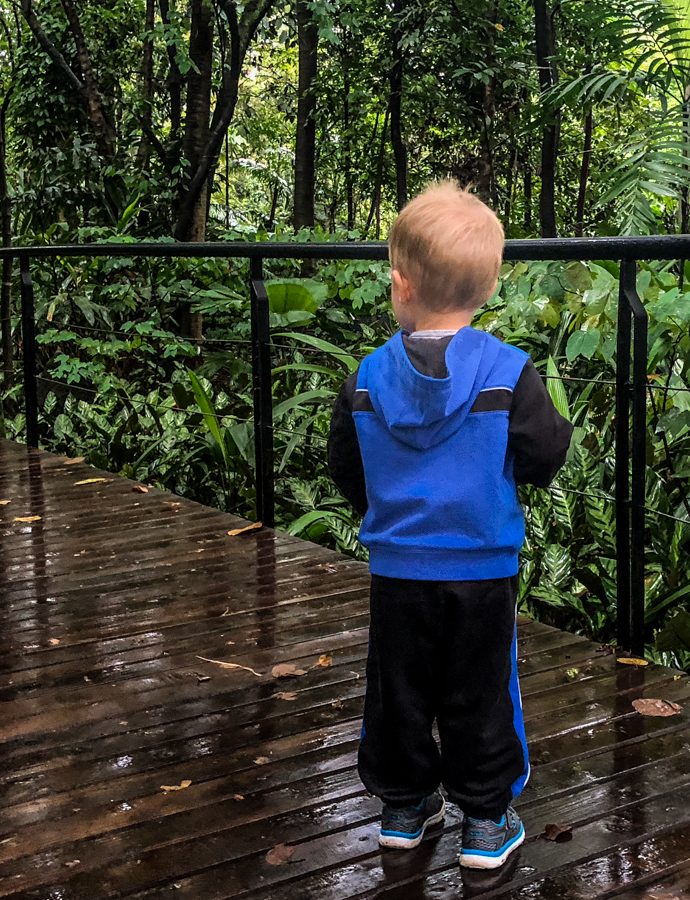 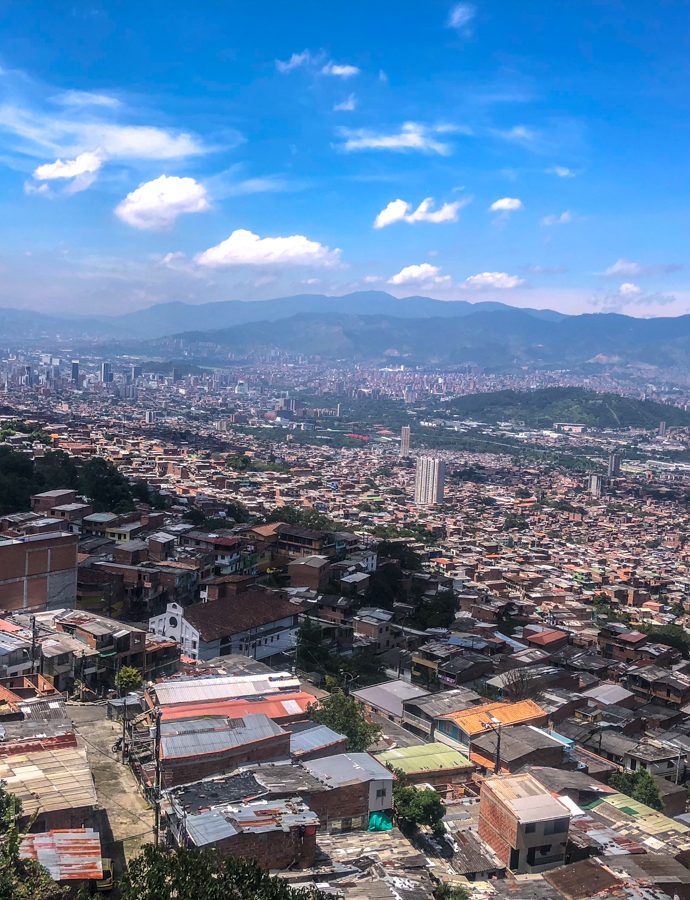 Medellin, the city of eternal spring