It was our last day in Tenerife and we were taking one more afternoon walk on the promenade, contemplating the beach and the ocean. The Atlantic waves were crushing on the rocks in a peaceful sound. The Canary sun was still shining, with a mild, warm touch, far from the heat we had just a few hours earlier. The boardwalk was full of people, mostly groups of elderly British and couples with young kids, typical for this time of the year. Tenerife was so different than what the media is promoting, so much better and calmer! 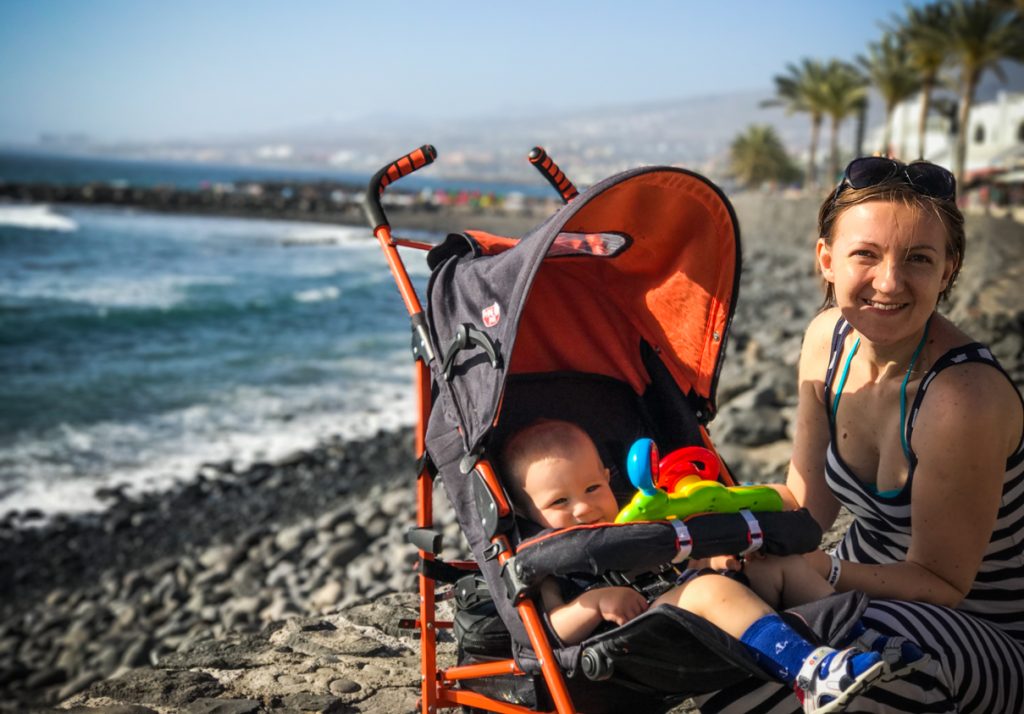 Eric seemed delighted as well by sun and the sound of the ocean, busy with his sensory book. After a while, he started protesting from his stroller, either bored or hungry. 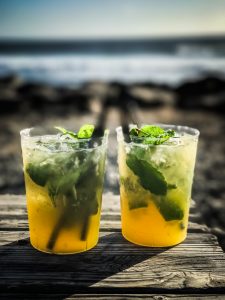 We stopped near a beach kiosk, a small wooden construction with two smiling young guys preparing cocktails. People were sitting on improvised pallet-benches or on the concrete border next to the beach, chatting or just gazing at the sun about to hide in the ocean. While Eric was having a snack and a rest outside his stroller, we got a mojito to cool down after a long hot day. As I took the first sip I thought it to be the best mojito I ever had. I don’t know if it was the cocktail itself or the feeling that place gave us, the moments we had, but I never experienced the same just by tasting a cocktail. I can still remember the minty-lime flavour with just a touch of sweetness and the icy coolness that gave me a deep relax feeling.

Travelling with kids can be difficult, tiring or frustrating sometimes, but that doesn’t mean it is not worthy. I can honestly say that our trip to Tenerife was the most difficult we ever took. I had moments when I was thinking it was not the right choice! But now I remember so many wonderful moments that no doubt I would do it all over again. Sometimes I wish I could… 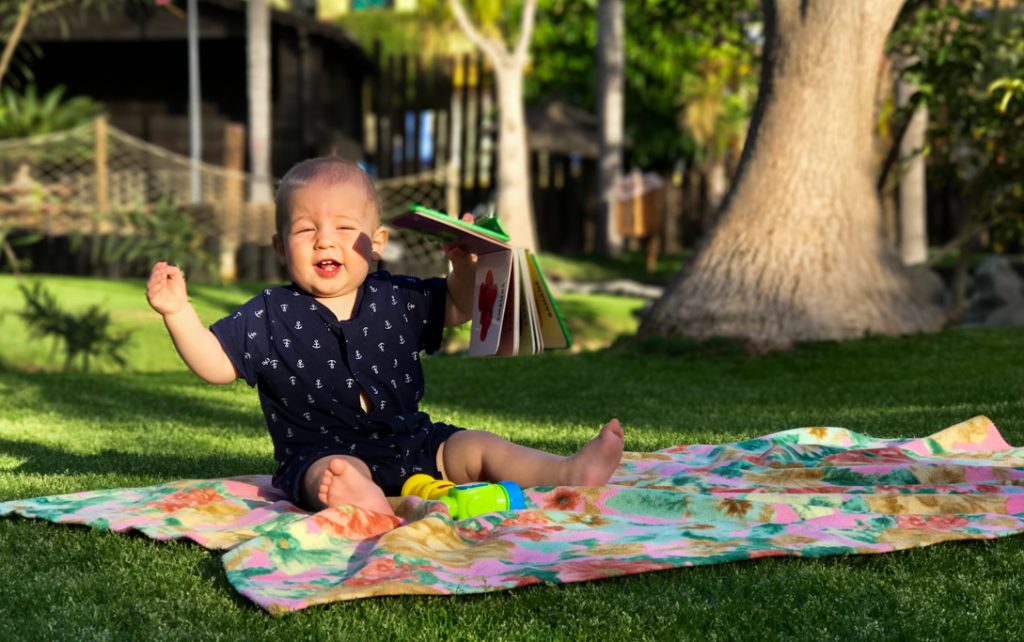 We went to Tenerife last March, to celebrate Eric’s first birthday. What could be a better option to mark this great moment than the first plane trip for our little traveler? 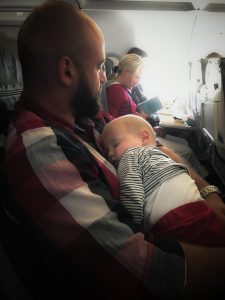 Despite the early flight, things went really smooth in the airports and on the planes. We flew from Cluj, via Munich. It’s weird how a two-leg commercial flight can sometimes be a better option compared with a low cost one! We landed on the island early afternoon, on a sunny, breezy day. It was a great welcome after the cloudy and foggy Cluj we left behind!

We booked a room at Park Club Europe in Playa de las Americas. As we were with a young kid, we were lucky enough to get upgraded to a two-bedroom suite. It was great to have more space. Eric could have a quiet place to sleep while we still enjoyed a glass of wine on the balcony or in the main room. 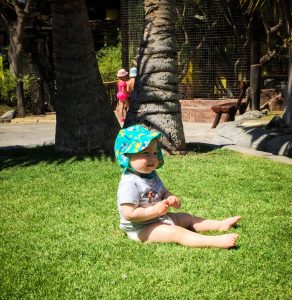 You know, one of the biggest disadvantages when traveling with young kids is that you are captive in your room most of the evenings. Nobody wants to go out with a cranky, tired baby. The hotel has a traditional architecture, with the appearance of a Spanish village. Even though it has hundreds of rooms, it is well organised so we never had the impression it is crowded or noisy. Our favourite things here were the garden with parrots, where we could take early morning walks, when most of the guests were still snoozing in their rooms, and the outdoor grill restaurant where we could have our meals enjoying fresh air, keeping Eric entertained for a longer time.

The weather was wonderful the whole week. I encourage you to take a trip to Tenerife early spring or during autumn, outside the typical season in Europe, when it is overcrowded and extremely hot. Plus that nothing compares with the feeling of returning home with a light tan, while all your friends are still struggling with sleet and fog. It is like keeping the holiday mood with you for a longer time! 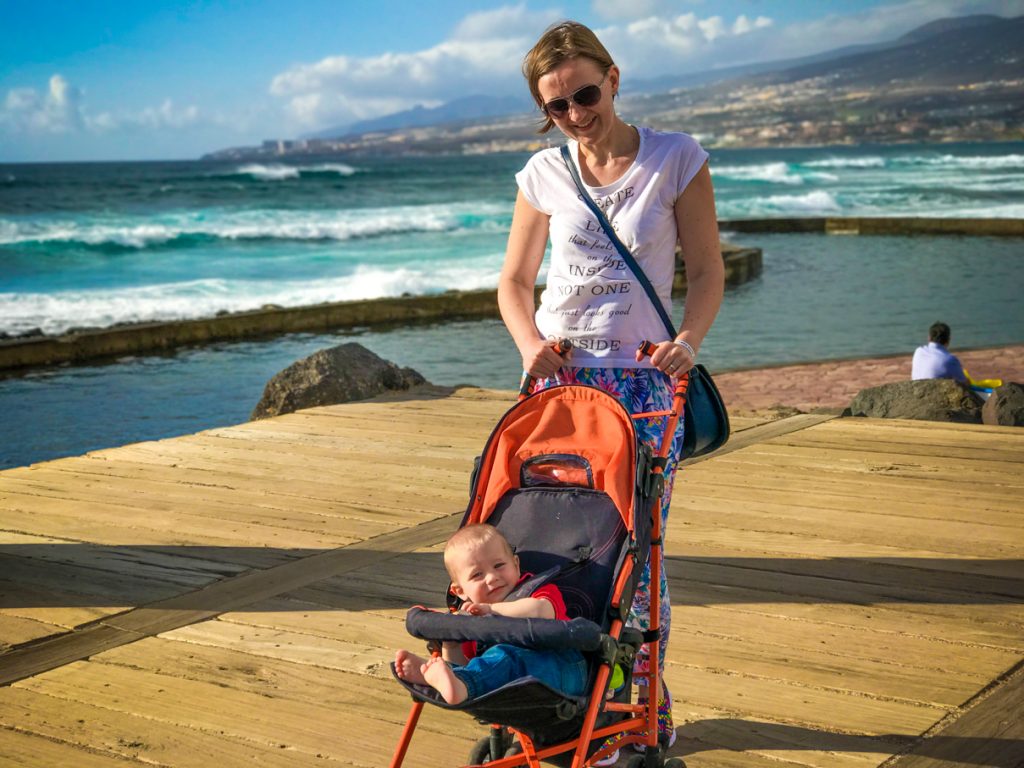 I will come back in the next post with more details on what you can see and do in Tenerife if you are travelling with your little one. 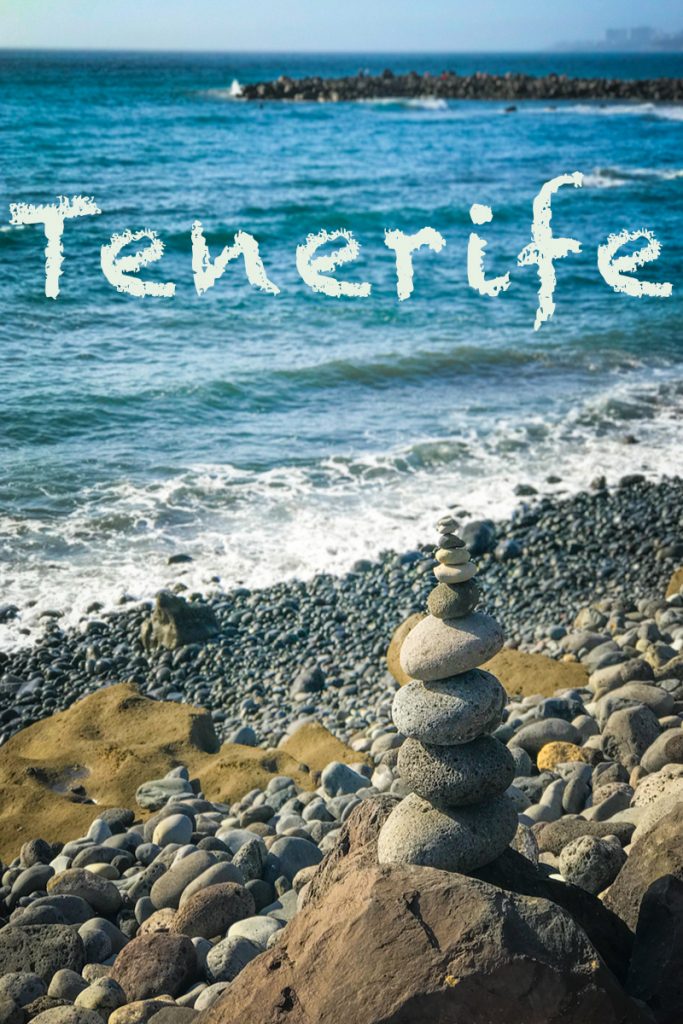