As we discussed last time, the first stop in our Italian holiday was Lago di Garda. We did not know much about the region when we picked the destination, but, since we never visited the Italian lake region before, we thought to give it a try. In fact, we were looking for nature and mountains not very far from the Slovenian border, so three nights in Riva del Garda, in the top north side of the lake was an easy decision.

This region is different than other places we visited in Italy; the people and the whole lifestyle is more calm and balanced, not the typical latin spirit you imagine when you hear about Italy. You can really tell it was part of the Austrian Empire until one century ago and probably this is why it is such a popular holiday destination for Germans. We saw hundreds of RVs with German plates on the highway, lots of restaurants with specific German/Austrian cuisine and even “Oktober-fest” style beer houses. 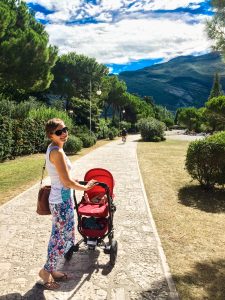 The first day we just relaxed after the long road trip, to regain our energy. We took long walks on the Riva del Garda shore, which is actually a large park that combines flourishing vegetation with small rocky beaches and spent time in the sun admiring the nature. 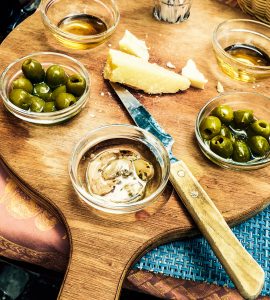 Eric was enchanted to spend so much time outside, in such a nice climate! Andrei tried to bathe in the lake, together with some other brave young tourists, but, despite the Mediterranean influence, it was still a mountain lake at the beginning of September, so the water temperature was barely around 18-19 degrees. As we were planning other water-related activities for this holiday, we thought to give a try for a short boat trip on the northern side of the lake. It was the first time for Eric on a boat and I was kind of scared in the beginning, but I realised there was no reason for that. Rocked by the waves and in the white noise of the engine, he missed all the fun and soothed to sleep in the baby-carrier as soon as we left the shore and woke up just after we returned. We could admire the rocky coast line with charming little holiday towns, the deep blue waters and lots of windsurfers. After the boat ride, we took another walk, this time through the old side of Riva del Garda, with narrow cobblestone streets and baroque style buildings.

The second day we took a short car ride to Malcesine during Eric’s morning nap and, from there, the Cable Car to Mount Baldo. Beware, this is a very popular attraction, so make sure you don’t make the same mistake as we did and go there first thing in the morning; we arrived around 11 o’clock, when we were welcomed by a huge queue in front of us. They are not very well organised, as they give priority to babies and young children, but with only one accompanying adult, so the three of us ended up waiting more than one hour 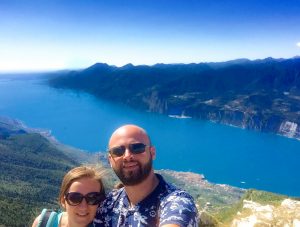 for the ride. We did not leave this inconvenience to ruin the great day and Eric was quite reasonable in his stroller, impressed probably by how many nice people were smiling at him. 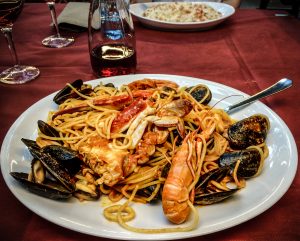 The whole time spent was totally worth it, as the cable car ride offers an impressive panorama. It was a warm sunny day, with clear skies, so, at the top, we had fantastic views of the Dolomites and the lake. The fresh air at 1,750m was too much for Eric and he fell asleep again within minutes in his Manduca, while we were walking around admiring the scenery. Luckily, the descent was significantly less crowded and, after we returned in the valley, we took a walk through the beautiful medieval Malcesine and had a great seafood dinner on the lake shore.

Next day, as we were leaving Lago di Garda, we took a car ride on the western shore, from Limone sul Garda to Desenzano del Garda. As we were heading south, the steep cliffs and curvy road with long complicated tunnels were gradually replaced by a totally different landscape, with large sandy shores, as if we were on a completely different lake. The southern side of Garda has it’s own charm, but I didn’t feel it as special and picturesque as the northern one, so we agreed our first stop was a great pick!

On the next post you will find out more about the second episode in our Italian adventure with a 6 months old: Cinque Terre! 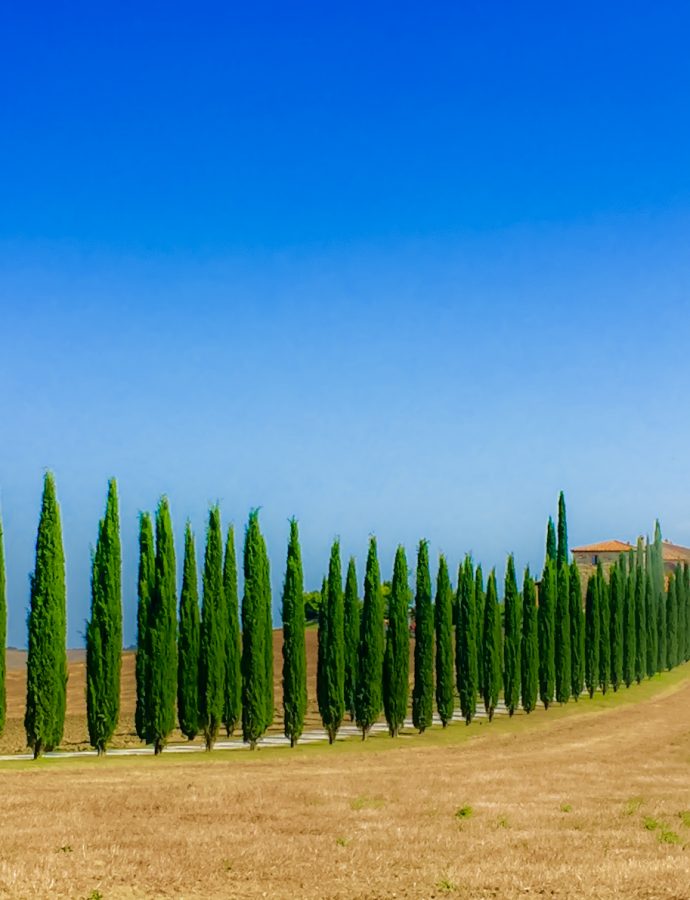